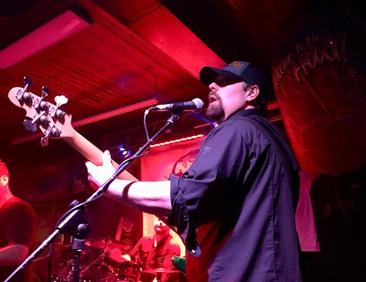 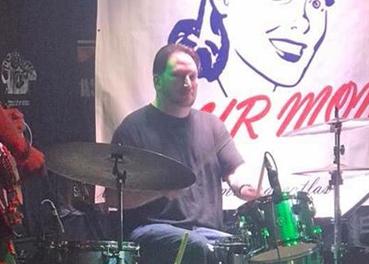 Trydon Davis (drums, percussion) was literally born with a pair of drum sticks attached firmly to his hands. By the age of 4, he was using them to bang on pots, siblings, coffee cans, and double D's and E's while his dad played a mean 6-string. He got his first drum kit and started jamming hard with other musicians not long after. By the age of 13, he was out playing shows in front of crowds and hasn't looked back. He has been in numerous projects and bands such as: Slapping David, Disclosure, Downfall, Abandon Drive, Roadhouse Ramblers, Radioshine, and many others. His favorite color is Beige and boasts the largest paper clip collection in the Midwest.  When not busy with Your Mom he loves to sneak food into the petting zoo and monitor Canadian Geese migrations.  He looks forward to giving Your Mom a good pounding...on the drums

Honorary member Mark "The D." Fairchild hails from the small village of P-Vegas and has spent his entire life mastering the craft of smacking goat-skins with sticks made from baby-seal bones.  In his free time he can be found impersonating Jocelyn Wildenstein at local comedy clubs or skinning dipping exclusively in his neighbor's above-ground pool.  Winner of the No Bell Taco Peace Prize in 2013, Mark touts is accolade proudly around his neck at all times and will contemptuously display it upon request.  He has previously and occasionally graced the acts of Thirsty Jones, Devil's Fen, and Derp with his majestic beard and untamed mane.  He soon plans to achieve his life-long goal of completing the Loco Challenge, which involves eating four Locos Tacos from Taco Bell while simultaneously drinking four Four Lokos, only time will tell if such a feat is possible. Mark plays currently for the country band Thirsty Jones and we highly recommend you go check them out!! 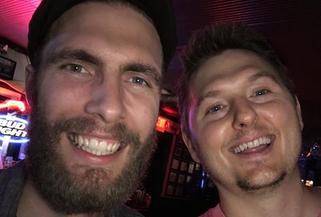 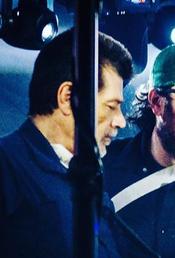 Honorary Member Brevin Becker (Drums)  - Brevin Becker comes from the wondrous light above as Jesus's second cousin and has painstakingly sacrificed himself for Your Mom's sins. He is a lumber jack by day and a prophet on the drum kit by night. Brevin painfully handcrafts his own wooden drum sticks and puts an offering of his blood and flesh into each pair. You might recognize him from bands such as Casket Robbery or the Josh Becker Band. Brevin's skillz on the drums were acquired after playing years of real life Wack A Mole in the woods. Some of his favorite non musical activities include building log cabins, taking long walks on water next to the beach, creating funky alternate realities where The Power Rangers rule the world and drinking Dr. Pepper.

Brevin has now moved on to be the drummer for the energetic and exciting Squid Hammer.  They tour all over the Midwest.  We wish Brevin all the best! 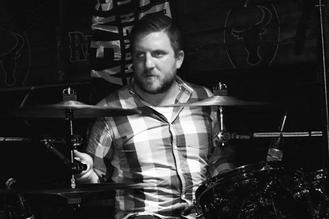 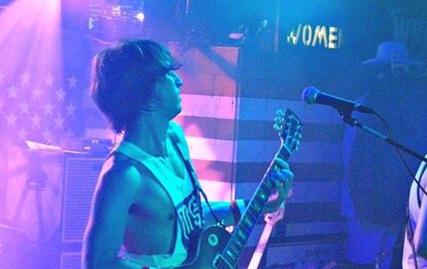 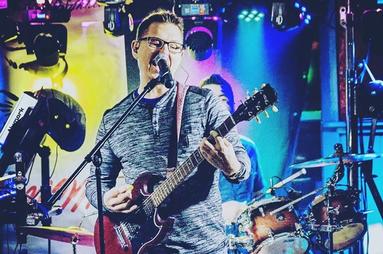 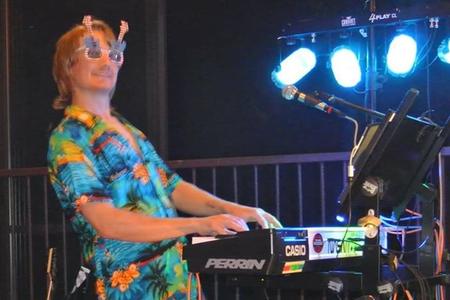 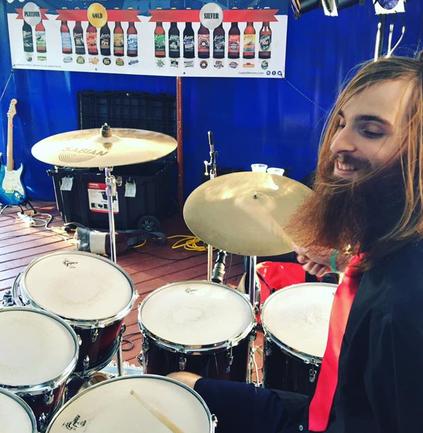 Nick VVatters (drums/effects) is the latest addition to Your Mom.  Nick has recently had to relocate from Las Vegas where he was playing sophisticated lounges as a 1940’s big band drummer and hosting bubble gum chewing contests.  Nick was living the dream as the house drummer at the Tangiers Casino where he kept the beat going for Your Grandfather…not that there’s anything wrong with that.  He was chased out of Las Vegas when rumors began to spread that he was spending time with Your Mom. His favorite color is Fusia and he loves dragons and boasts the worlds biggest purple stuffed animal collection. 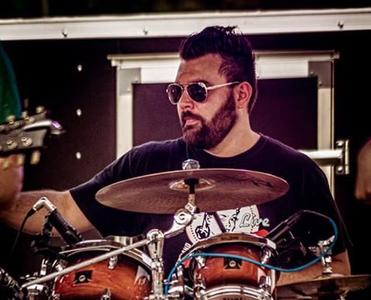 Jim Carlson descended to this world from Valhalla with a keyboard growing out of his fingers. He hails from a long line of musical gods who have slain unsuspecting young fans with his combination of face melting solos and heart melting ballads. Like the Norse God Thor, who strikes the ground bringing life to a halt, Dr. Jim strikes the keys, bringing fans to a halt in sheer awe of his supernatural finger action. (He’s also a dead ringer for Chris Hemsworth, which makes fans wonder why Thor is now in the band.)  He likes to collect used gum wrappers, loves lephrecans and his favorite color is jaundice.   Jim has played with The Hitmen, Our House, and Live Band Karaoke Milwaukee in recent years. 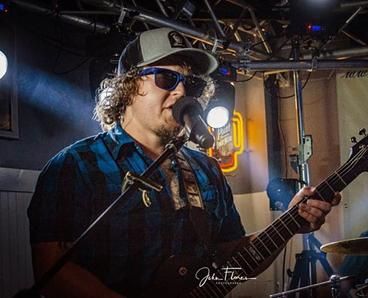 John Masino - Hands down the best guitar player in the state of Wisconsin and also an amazing singer and song writer.  See him perform every once in a while as a fill in/special guest with Your Mom or his new, dynamic and talented band City Electric. You may also remember him from a plethora of great bands including: John Masino Band and Clear Blue Betty. John also does sound for us on a semi-regular basis and we would recommend him very highly. 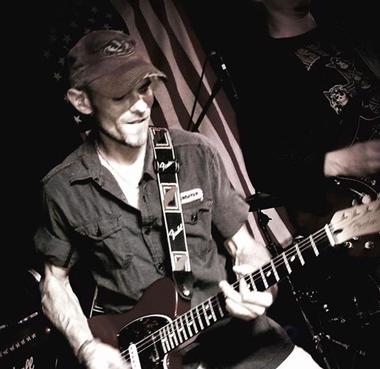 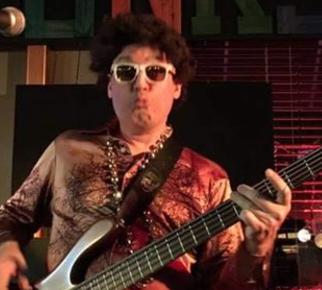 Phil Silk (Lead vocals, guitar) was born on the planet Rockathong in the Pleides star cluster, and was the first humanoid born holding a guitar and smoking a cigar (How this happened is still a mystery).  Phil has fronted and played in numerous bands including Off the Richter, The Guppy Effect, MG's Henchmen, 5 Minute Rule, and B4 The Storm in Madison...as well as B4 the Storm, Elephant starving daisy, and Shut up and Deal in Austin, TX.  His favorite color is Red and he enjoys long walks in the junk yard and counting birds in the park.  In addition to playing with YOUR MOM, he enjoys doing Barnyard puzzles.  He works as an assistant shoelace repairman and also sells his used socks on Ebay. His favorite animals are sharks and unicorns.

Ruston Sanchez was in Your Mom for 20+ shows on guitar/vocals.  He's currently a medical resident at UW and we wish him the best with his studies. 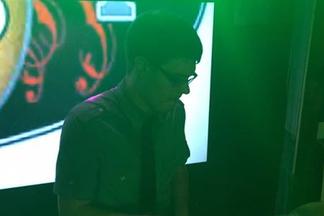 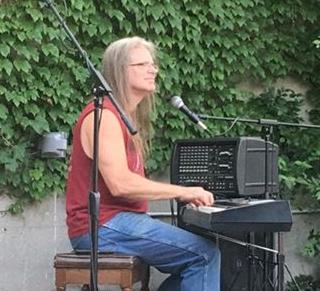 Honorary member Cactus Joe was born in a tropical rain forest uninhabitable to cacti. The primary question he gets asked by smitten fans is where his name came from.
"Because of my moist upbringing, I was never very good at watering house plants," Cactus said. "So everything died...except the cactuses...or is it cacti? I don't know. I was schooled by a pod of manatee. Pretty dumb animals, but super chill and huggy and stuff. What was the question again?"
Cactus' parents were Time Lords, so he had the luxury of seeing some great shows in the mid-60s, though he was born years later.
"I was there for the Led Zeppelin mud shark incident," he said. "So was your mom. No, not the band...your actual mom. I guess her folks were Time Jumpers too. Anyway, it was the 60s, what can I say?" Cactus Joe is best known as the band leader and songwriter for the original rock-n-roll band GUPPY EFFECT, but he is also a musical mercenary for hire and has guest rocked with numerous others. Due to his vast travels across time/space, he has contributed music and lyrics to many famous bands who could not, for logistical reasons pertaining to quantum paradoxes, credit him on their records. He is the protagonist on the three record vinyl album by the band Alien Conquest. Oh wait, never mind, that hasn't been written yet...expected in 2017.

Russ Davis (who's son is our drummer Trydon) filled in for us on numerous shows while Rob recovered from his broken hand.  He did an amazing job learning 50 songs in 4 days for the first fill in show he did.  He's played in numerous bands in the Beloit/Janesville area.

Honorary member Jason “Cowboy” Schneider (Guitar, Vocals) slings a 6 string axe and melts panties with serenading vocal work. Hailing from deep inside of a big dark lonesome barn. Loves all things meat, buffalo chips, cowpies, grass, hay, and an abundance of other vegetation. He’s always up for a bareback ride with Your Mom, when he’s not out roping sheep, cattle, or riding bulls. When not on stage he can be found enjoying ice cold Busch Light with a Fireball chaser while soaking his worm in a nice cool body of water. Or chasing some tasty Whitetails in a deep dark holler. Hell you may even catch him streaking across the prairie looking for some mushrooms late at night. He’s a lively one to watch on stage, we aint quite sure if its fire ants in his britches or a nervous twitch from being kicked by a mule as a youngin’ but it’s enjoyable to watch! You may even recognize him from such acts as: The Blue Steel Band from Madison, WI, HipShot from Madison, WI, and Shameless from Wisconsin Rapids.

Josh Becker - Extraordinarily talented Keyboardist, Guitarist, vocalist with the Uber successful 80's cover band Cherry Pie.  Had a blast playing with him at Hyjinx in Fort Atkinson and look forward to him filling in again in the future if his busy schedule allows.  See him perform Tuesday's in Middleton at the Josh Becker Jam at The Hody or with his band Cherry Pie at a festival or other large venue.

Josh Stromer (lead guitar, vocals) played about 10 shows with YOUR MOM and was a big hit. He is currently playing guitar and singing with the popular Madison based band Angels and Outlaws.  I recommend catching a show.  We wish him the best. 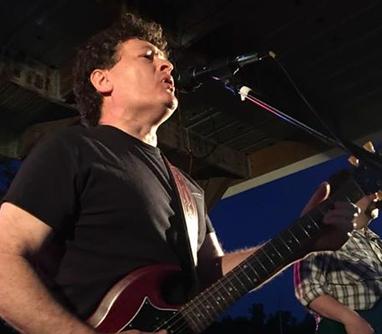 Rob Junceau III (Upright Bass,Bass, Vocals) can do it all...and YOUR MOM enjoys everything he does...oh yeah.   The Rock Gods deemed that he be the one that can play anything on bass and that a fretless bass be his weapon to explode the minds of helpless fans that can't comprehend the genius of his playing and bombastery.  You will enjoy the depths of his playing especially at YOUR MOM acoustic duo shows. His voice would make Johnny Cash cry a river of joy.  He has played thousands of shows and you may have seen him conquering  the low end with bands MSB (the Mighty Short Bus) and Mostly Water.

...is the Biggest Party in Town!!! ...Weddings, Festivals, Music Venues, Bars, Private Parties...Your Mom Does it all!!

Honorary member “Kid” Chris Ulbrich was born in a prefabricated straw hut somewhere deep in the African bush. Raised to communicate only through “talking drums” with members of surrounding villages, he never actually learned to speak or write beyond what could vaguely be described as a series of guttural grunts and hisses. This makes him the ideal drummer for today’s working bands.Since then he has brought his “drumming as language” style to Madison, WI and various projects throughout the region including funk/reggae band Mr. Burgundy, original bands Free Four and E is for Epic, and the travelling troubadour and purveyor of pop perfectionism, Tim Stop. Using these collective experiences from his past and present, he seeks to pummel the skins harder than any other drummer in history as an honorary member of YOUR MOM.  His current band Shotgun Jane plays all over southern Wisconsin - YOUR MOM recommends you check them out! 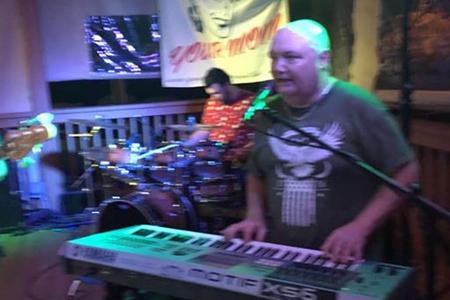 When he was fourteen years old, "Crazy Ivan" Charneski (Keyboards/Vocals) arranged a meeting with the Devil at an isolated crossroads in Wisconsin. In the coldest hour of the night, he pledged his everlasting soul in return for unworldly talent at playing guitar.

But sly ol' Satan always has a trick up his sleeve. Instead of bestowing mad guitar skills as promised, he instead shackled young Ivan with mediocre keyboard abilities and a Casio synthesizer, condemning him to forever dwell in the shadows of the actual guitarists.

Some say that if you are sufficiently drunk, and know where to look, Ivan can be seen lurking on the backline, fingers dancing along the keys as he fulfills the destiny that he created for himself by mistake on that fateful night long ago.

When he's not performing with Your Mom or working to become less lousy on the keyboard, Ivan can be found falling off his mountain bike on local singletrack trails. Ivan has played with Namaste, Metamorphis, Roadhouse, Empowerhouse, and Knock Point mostly in the Wausau/Stevens Point/Mosinee areas. Ivan's favorite color is Puke Green and he boasts the world's largest Pistachio Shell Collection.